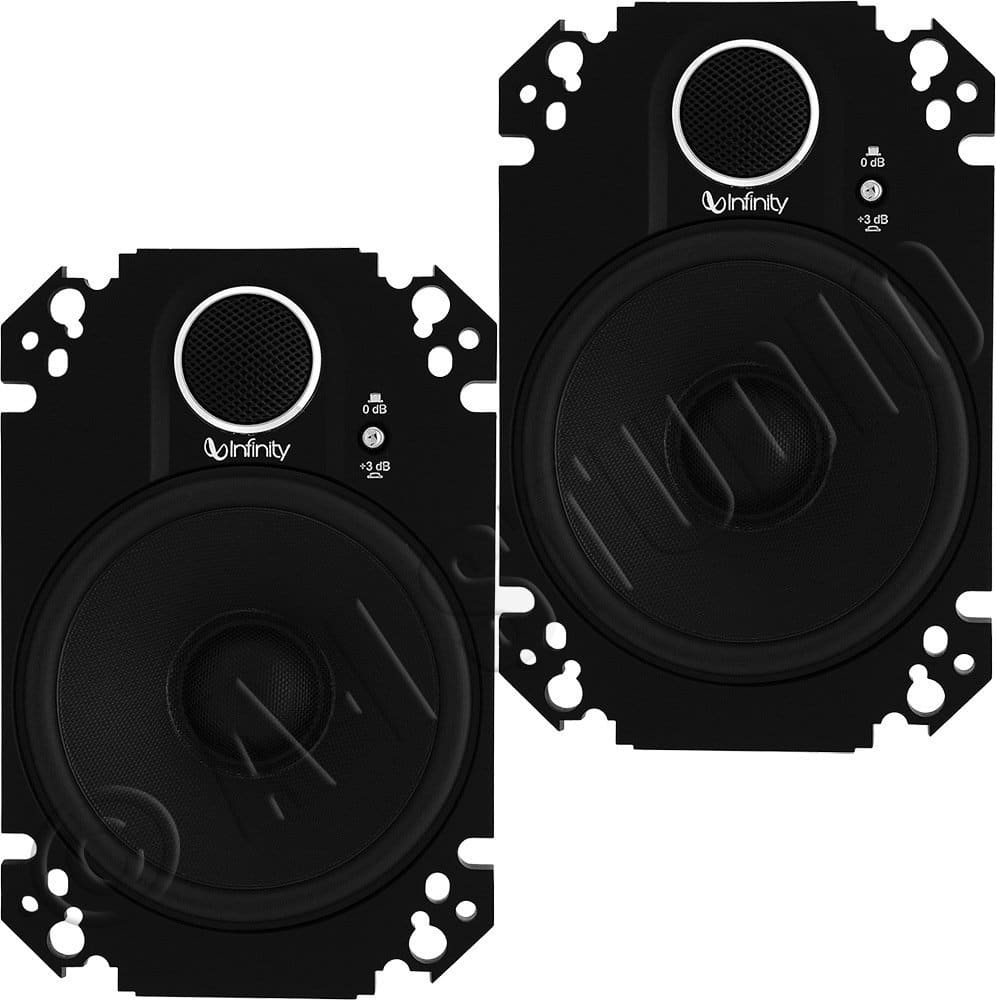 When paired with a decent amplifier, the Infinity KAPPA 462.11CFP coaxial 4"x6" 2-way car speakers perform at their best, but they are able to drive out a solid performance even with a lower powered car stereo.

The Infinity KAPPA 462.11CFP coaxial 4″x6″ 2-way car speakers have received positive reviews for their awesome delivery of sound, with users describing the highs as crisp and smooth and the mid bass as excellent. The price also received positive reviews with users finding that they are good value. There was also little distortion reported from users and many were also impressed with their sensitivity of 94dB. Lastly, users thought that they were easy to install. Criticism was, however, directed towards the fact that they can underperform if not powered by a proper amplifier, and some reported poor quality control, stating that speakers arrived dead on arrival. The Infinity KAPPA 462.11CFP coaxial 4″x6″ 2-way car speakers seemingly requires an aftermarket stereo to really shine according to most users and their value is excellent.

Submit your own review Cancel reply